PREVENTING GENETIC DISORDER IN YOUR CHILDREN WITH PGT-M

PREVENTING GENETIC DISORDER IN YOUR CHILDREN WITH PGT-M

HomeNews & ArticlesPREVENTING GENETIC DISORDER IN YOUR CHILDREN WITH PGT-M 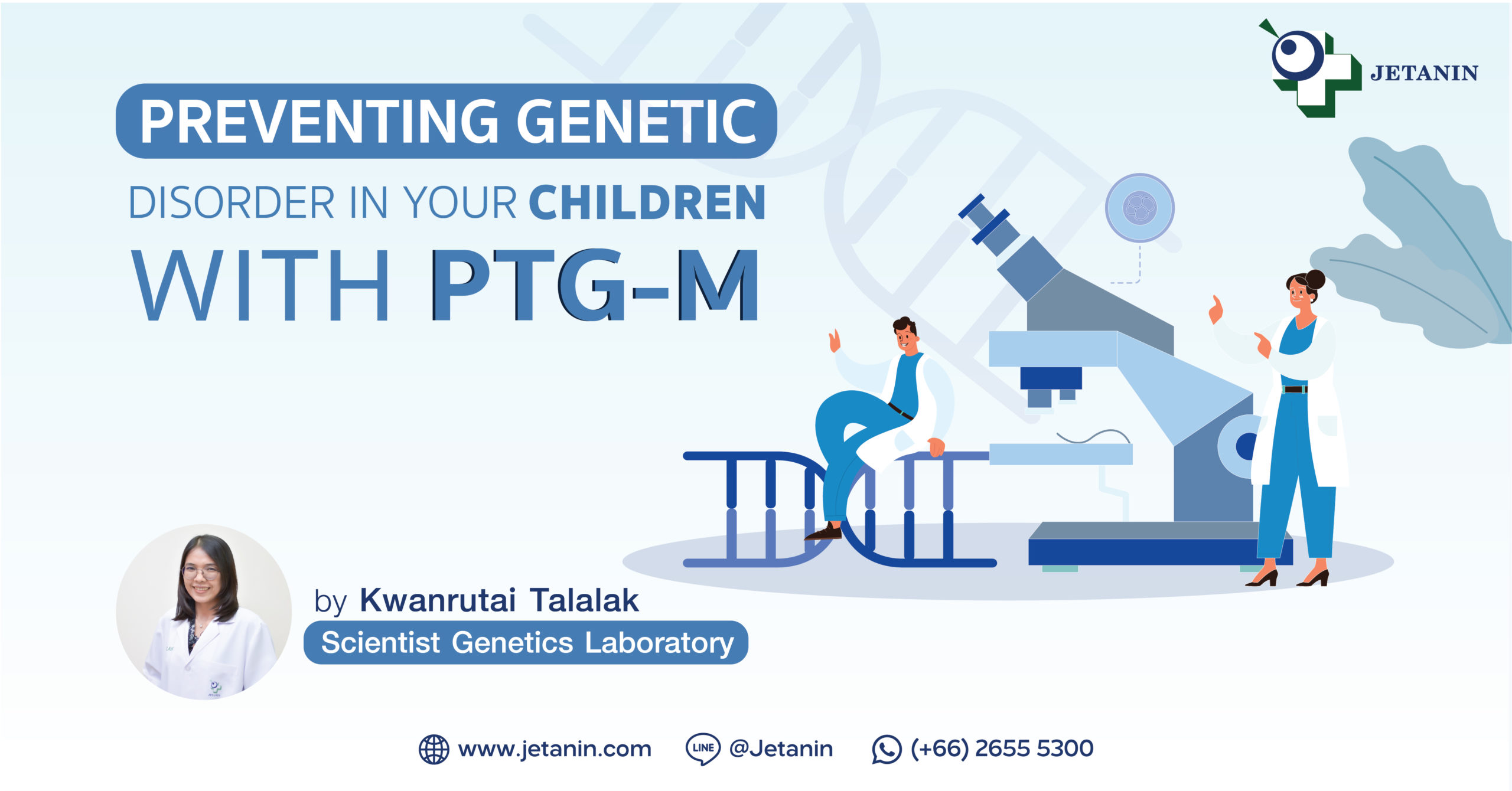 Genetic disorder is a disease that can be passed on from parents to theirchildren due to the mutation in the genes or in regulatory region involved with the disease. With advancement in science, it is now possible to screen for the risks of various genetic diseases especially in couples whose family has a history of the disease or are carriers of the disease. It is possible to plan to have children by avoiding passing on the disease to their offspring by Preimplantation Genetic Testing for Monogenic disorder (PGT-M), a process that is done in conjunction with IVF (in vitro fertilization).

PGT-M is a diagnosis of hereditary disease caused by single gene defect in the embryos to prevent the disease and to reduce risks of giving birth to a child with a genetic disorder such as Thalassemia, Spinal muscular atrophy, G6PD deficiency, etc.

The method genotypes various SNPs located near mutation site (pathogenic variant), which can be used to identify which parts of the chromosome (haplotype) are involved in the disease by comparing haplotype to the reference sample. SNPs genotyping of approximately 200 loci surrounding the pathogenic variant chromosome are analyzed by sequencing, at the depth of ≥100X (repeating ≥100 times), enabling linkage analysis of pathogenic haplotype transmissions by comparing SNPs dataset with the reference samples.

For this technique, it is necessary to use reference sample with known carrier status, whether being a carrier or affected, including

1) Blood from spouse who wants to do PGT-M

2) Blood from family members, such as an affected child, from a healthy child or if there are no child, blood from grandparents for studying the information to identify haplotype associated with the disease.

In addition, to increase the accuracy of the test, a direct mutation test is also performed to confirm the mutation in the gene.

In the PGT-M analysis, all embryos will be analysed for chromosomes copy numbers by PGT-A and then proceed to the PGT-Mprocess.

Therefore, PGT-M before embryo transfer is very useful in couples with a family history

of a genetic disease that has a potential to pass on to their children to increase your chances of being successful in the pregnancy and to reduce the risk of passing abnormal genes to your baby.