HOW TO DECREASE SPERM DNA FRAGMENTATION?

HOW TO DECREASE SPERM DNA FRAGMENTATION? 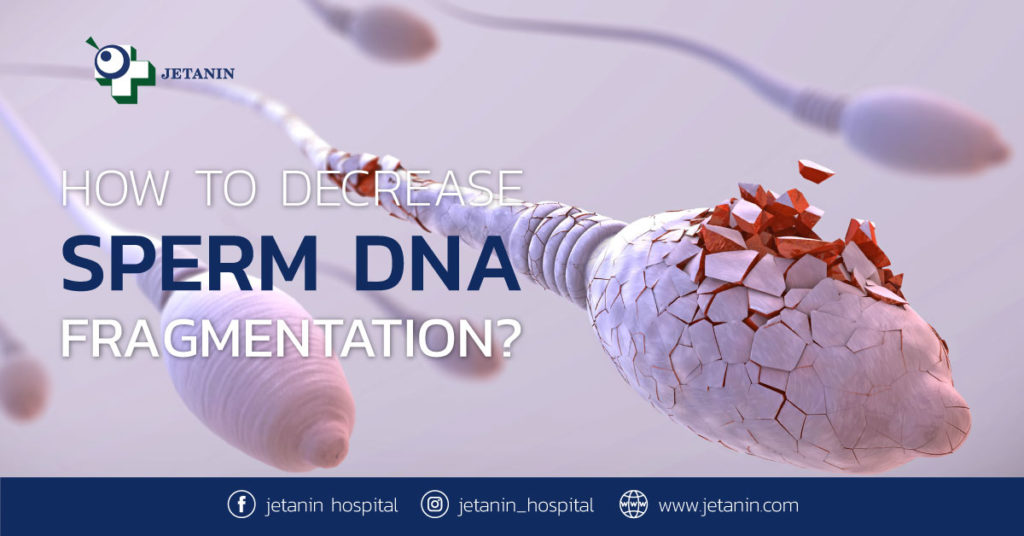 1. Process of Spermatogenesis: During the process of, apoptosis prevents over-proliferation and marks abnormal sperm to be later eliminated by the white blood cells.

If this process is disrupted, abnormal sperm will survive and be ejaculated in the semen. Abnormalities in DNA synthesis can also affect sperm morphology and result in DNA damage.

2. Post-Testicular Sperm DNA Fragmentation: Studies show that the amount of DNA fragmentation in ejaculated sperm is higher than that of testicular sperm due to the thiol disulfide in epididymis that disrupts chromatin and results in DNA fragmentation.

3. Oxidative Stress: Excessive ROS (Reactive Oxygen Species) can be harmful to sperm which is sensitive to oxidative stress as the cell membrane is composed with unsaturated fatty acid susceptible to ROS reaction. Such reaction could lead to DNA damage.

4. Environmental Toxicants: Several studies report that high DNA damage is found in men who are exposed to environmental toxicants.

How to prevent DNA fragmentation

1. Abstinence Period: Studies suggest that a one-day abstinence period before sperm collection significantly decrease DNA fragmentation as sperm only spends a short stay in epididymis. The longer the sperm is stored in epididymis, the more likely protein in DNA will degenerate and lead to fragmentation. However, comparing the samples collected after a one-day and five-day abstinence period, it is found that the number of immature sperms is high. These sperms can produce ROS to eliminate mature sperms.

3. Techniques: Assisted reproductive technology (ART) conducted by experts can reduce the risk of DNA fragmentation in sperm. The factors include:

Time: The collected semen needs to be processed into sperm preparation immediately after ejaculation to reduce DNA fragmentation.

Preparation: There are currently several techniques to separate sperms such as ‘swim up’ or density gradient techniques to extract living sperms., These techniques are proved to effectively reduce sperm DNA fragmentation.

Magnetic activated cell storing (MACs): This technology can separate apoptotic sperms from the semen as these are abnormal sperms that survive the elimination. After MACs, the results show decreased DNA damage and a greater oocyte penetration capability.

Testicular sperms: This technique reduces sperm DNA fragmentation but is not compatible with chromatin or spermatogenesis abnormality cases. However, this technique is invasive as it requires surgery to collect sperms from the testicles.

To increase your chance of having a healthy baby, immediately consult an ART expert after receiving a high sperm DNA fragmentation test results to get diagnosed and treated properly.