Does Infertility Medication Put You at Risk of Developing Cancer?

Does Infertility Medication Put You at Risk of Developing Cancer? 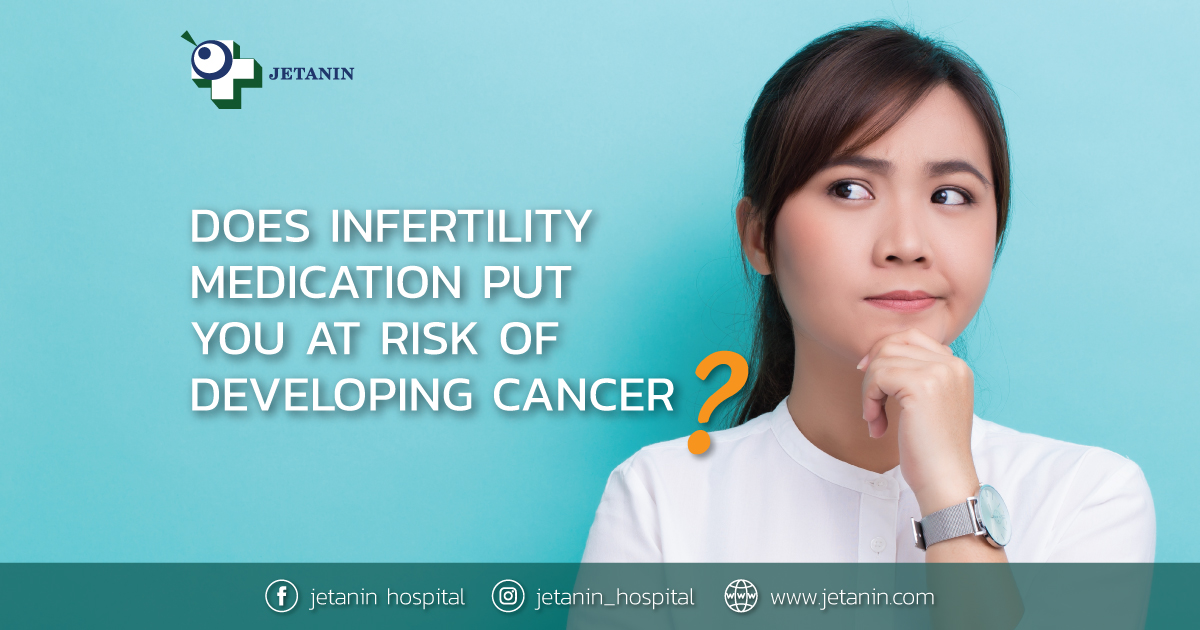 Using medicine that stimulates egg cell growth is becoming more important for infertility treatment. The purpose is to ensure growth of more than one egg cell which increasing the success rate of the treatment. This treatment causes a surge in hormones during the medication and leads to more concerns about potential long-term effects, especially in terms of cancer risk.

Nowadays, there are global records of approximately one million cases of patients performing infertility treatment by IVF per year. The safety is among the top priorities for medical personnel. There are several studies having tried to figure out the relation between infertility medication and risk of developing cancer, particularly cancer associated with female genital organs which is vulnerable to changes in hormones.

Ovarian cancer is a type of cancer normally considered more likely to occur in women with infertility, compared to normal women. A theory explains that each ovulation causes wound on the ovarian surface that the body needs to heal. This process may eventually create cancer cells. Repeated ovulation process that occurs in women with infertility becomes another risk factor for ovarian cancer. On the contrary, in women who have been pregnant or taken contraceptive pills, ovulation process is suspended at some time. For this reason, using egg stimulants that result multiple egg growth is suspected for causing more risk of ovarian cancer. However, according to systematic studies on 25 medical journals involving 182,972 patients. There is still no evidence to conclude that infertility medication may cause higher risk of ovarian risk compared to infertile women who has no records of such medication.

Breast cancer is believed that is caused by several contributing factors. Some believe that exposure to sexual hormones for a long time leads to higher risk of having breast cancer. Although infertility medication induces a higher amount of hormone, the change only lasts for a short period through the treatment. According to the massive data collected from many cases, it can be concluded that infertility medication itself does not contribute to higher occurrences of breast cancer, either when compared to infertile women who has never taken such medication or normal women.

Uterine cancer’s significant risk factor is the high level of estrogen present in the body for a long time without progesterone oppose, as progesterone is a hormone that helps prevent uterine cancer. Normally, infertility treatment processes do not cause such condition. Moreover, there is no evidence from massive data study indicating that infertility medication associates with increased risk of uterine cancer, compared to women who have.

As far as you can see, according to current studies, infertility medication is considered safe in terms of cancer risk. However, cancer is a disease with multiple risk factors, and likely to occur during old age. Therefore, further data collection must be continued. Anyway, it is recommended that you watch your food, exercise regularly, and have annual health check-up to make sure nothing is wrong with your body, especially those with a cancer in family history.